One of the most fascinating things about society is how our tastes and preferences change over time. Flare jeans and huge hairdos might look a little peculiar to many of us now, but rocking this look back in the seventies made you cock of the walk.

Much like fashion, home décor has experienced all kinds of fads through the faces of each century, waving hello and goodbye to several distinctive trends…and occasionally welcoming them again later down the line.

With this in mind, and with the start of a brand new decade, we’re welcoming in 2020 with a look back through the ages to revisit the furnishing styles that have dominated each decade from the sixties right up until the present day.

Get ready for a nostalgic trip down décor memory lane. 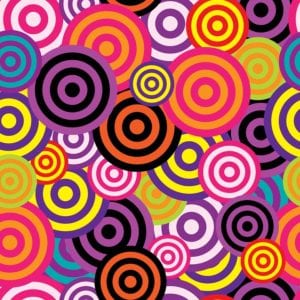 Peace, love and liberation. This was the essence of the sixties vibe in a tie-dyed nutshell, and the mindset of the nation was largely perceptible in many homes across the country during this period. Floral arrangements were especially popular, along with open spaces painted top to bottom in bright, lurid colours.

Some homeowners elected to paste their walls with psychedelic patterns, whilst unconventional seating arrangements such as bean bag cushions and multipurpose furniture also enjoyed their first moment in the sun. Much of the décor focus was on fun and relaxation. That’s what the sixties did best, after all.

The seventies took such inspiration further in its prioritisation of chilled-out spaces, only with added emphasis on succulent comfort levels. Shag carpets and plush furnishings were common features, and (thanks to a rocky global economy) many people also chose to deck out their living rooms with DIY furniture.

The dazzling colours of the sixties were gradually swapped for more earthy tones, although bold and eccentric patterns remained a popular stylistic choice. Houseplants also began to sneak their way into properties during this period. 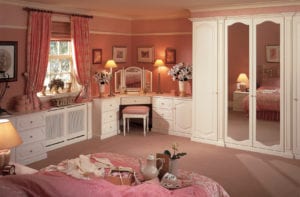 When the 1980s rolled around, its brashness was on full display, as several striking trends came to the fore. Pink and salmon colours were everywhere, with patterned sofas and an array of frivolous furnishings scattered across high rise flats.

The modest houseplants of the previous decade suddenly swelled with eighties bravado, leading to a taste for sizeable green ferns. Heavy wood tables and chairs also became fashionable during this scene, and kitchens were often populated by copper pots and pans.

A renewed sense of nationalism arose in the nineties, and beautifying homes in exciting ways became less important. Many properties began to adopt a minimalist approach, enshrining posters of popstars and the Union Jack. People left the dizzying patterns of the previous decades behind, and largely opted for blocks of single colour and larger furnishings.

Stainless steel also began to appear in kitchens, and there was a gradual embrace of low-maintenance surfaces as the hectic digital age (where everyone was about to be busy, all of the time) showed its first signs of life. 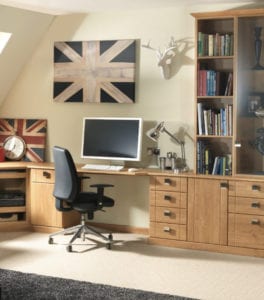 Minimalism withstood the move into the New Millennium, and even grew more popular as the subsequent decade wore on. Technology experienced rapid advancements, and the facilitation of electrical and internet-based tools became a priority in the home. Suddenly, we all needed multiple plugs and sockets for a growing selection of devices we couldn’t be without.

As living rooms were reserved for slim-line television sets and video games, many homeowners committed themselves to installing a designer kitchen, revamping another, untouched corner of their interior. 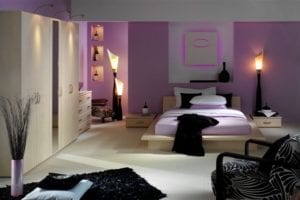 Minimalism still reigns supreme as the décor of choice for many homes in the 2010s, and designer kitchens also remain popular across the board. A lot of focus has been applied to splendid lighting, with inspiration drawn from Scandinavia.

Many properties are built with more bathrooms, and dining rooms are becoming rare, losing out to a preference for extended kitchen areas and breakfast bars. Trends for 2020 include multipurpose spaces sustainable materials and maximalist design, yet, while we’ve come far from the setups of the sixties and seventies, these eras continue to inspire statement items scattered around the home…

It’s always insightful to look back at décor trends through the ages, and learn how we’ve come to fuse old and new. Hartleys Bedrooms draw from classic and contemporary styles to create beautiful spaces for the modern homeowner. Visit their Skipton showroom for inspiration, or call 01756 700 471 to book a design consultation.

We design, craft and install beautiful fitted furniture for bedrooms, home-studies and multipurpose rooms. Making the very best use of your space, we create stylish storage solutions specifically tailored to your room’s architectural features and your individual taste and lifestyle. So every room we design is as unique as you are.

Morning all. A bright splash of colour for you this Monday, courtesy of Days Of The Year and #ImproveYourOfficeDay!

😊🌿 So today is all about making your work space an enjoyable place to be, which is important for our productivity levels and mental wellbeing. You could simply add a vase of fresh flowers to your desk, buy some new stationery in your favourite design or even spring clean your office…😉

If you’re considering something bigger, like a desk upgrade or improving your #storage provision, you know where to come!

Wishing you all a very good start to the week 👍 What’s your Monday looking like?

Working in a plain, corporate environment can be demoralizing at the best of times; so why not take some steps to improve your work environment? Improve